“Memory takes us where we need to go”

Waltz With Bashir is a remarkable form of a documentary. Not only does it dive into a subject matter for which is engrossing in of itself, but it also does so with such a unique presentation that makes this film unmissable. And by this, I’m referring to the choice to use animation which feels so refreshing. The format is fitting for a documentary that explores the commonly examined theme of war but does so with very personal connections and breathtaking visuals.

For the director Ari Forman, to choose to animate his documentary, it represents an unequivocal risk in that it’s a decision that’s rarely been executed in other documentaries. The main attraction is to portray reality but how can you do so when you don’t have the option of filming situations and individuals with cameras in real life. For these reasons, I have to applaud the director for breaking incredible new ground and doing so with such class.

Not only is most of the film entirely animated but it is also done with a unique style that ends up taking four years to make the film. The scenes often used dark hues to contrast the light and grey areas of an image, which felt similar to illustrations produced by comic books. But the way the faces on characters were drawn to the portrayal of objects in the background also oozed a sense of ownership in its style. I found all of this to be great given it felt so refreshing to see the work of an artist who had an original flair for creating animation drawings. So, every credit has to go to not only the director Ali Foreman for finding Yoni Goodman Bridgit Folman Film Gang studio in Israel, who invented that style and was responsible for the brilliant animation.

Yet Waltz With Bashir continues this train of production excellence. The difficulty of animating such a style that requires every drawing to be sliced into hundreds of frames which are then moved in relation with each other to create the movement illusion is a testament of itself. But this was also done from 2,300 original illustrations, which together created the storyboard and formed the frames to animate later on. This is simply stupendous for a film to do let alone a documentary and is almost equivalent (if not the same) to the time put into making a stop-motion claymation film. The only other movie that would beat this feat is Loving Vincent which was animated from 65,000 frames of oil paintings on canvas.

Whilst the story of Loving Vincent wasn’t its greatest strength, Waltz With Bashir thankfully can say it doesn’t suffer that same fate. As the film depicts the journey of the director’s experience with the civil war in Lebanon and is trying to recover gaps in his memories from that time, which leads to him meeting friends and individuals that recount their own stories from the war, which are aimed at triggering the missing gaps to come to light, but also why they were difficult to recount in the first place.

I thought that this was a great way of exploring the effect of post-traumatic stress disorder as it provided for both fascinating anecdotes but also a personal touch. The fact that the director made this film about his journey to find the reasons for his memory loss, makes it incredibly engaging and interesting for me to watch. I was quickly invested in his plight from a human level, as he searches for the answers he can’t figure out yet, but also because it added an element of mystery. With every figure that he interviews, a different and haunting account of the civil war shone a spotlight on life during the war but adding room for the unexpected to occur. I had no clue what gaps of knowledge were possible from the director’s personal memory loss and any recounts from others simply kept opening up the possibilities of what was unimaginable.

This also goes back to the way that in most of these anecdotes, the animation is used to bring to life the other individuals personal recounts of the situation. It’s so much better than having someone simply just tell you their story when you can have animation to actually visualize the images and then have narration on top. It’s very powerful from a visual standpoint of storytelling, as not only is the director relying on aural imagery from the sound recordings but the beautiful animation to compliment the storytelling. Which is why the choice to use such a format is so clever in the first place. Moments from individuals that told of reoccurring and haunting dreams also fitted the dark hue style used. The contrasts of colors in the animation reflect the bleak nature of the dreams and stories of war, which again reaffirm the adept employment of the medium.

I could keep going on with the technical excellence because I haven’t even mentioned the eminent soundtrack and classical songs that play over the top, but I’ll stop short and let you experience that for yourself because Waltz With Bashir is by far one of the best documentaries to have come out of late and needs to be seen.

There are a few films that can compare to it, even if the subject matter is one that has been well documented because Waltz With Bashir is a standout from the rest. I thoroughly enjoyed this film and wouldn’t mind watching it again to hear some of the fantastic insights into the life of war and the stories of people who are still being affected by it. This movie is banned in Lebanon for those reasons but thankfully we can still see it everywhere else and I’m recommending you give this film the attention it needs. See it. 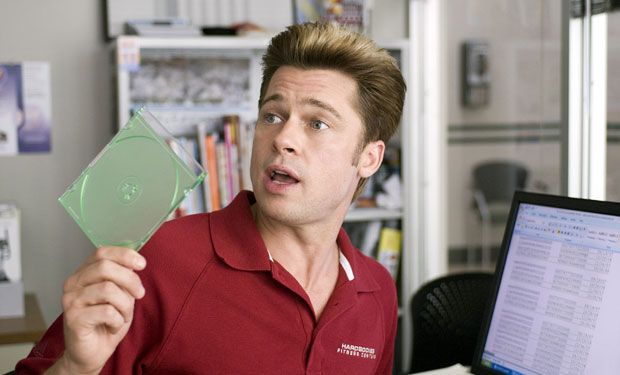 “Report back to me when it makes sense”

If Seinfeld met the Coen Brothers, had a baby, and taught it how to use a camera, Burn After Reading would be the result. Only the Coen Brothers can make a movie that both simultaneously appears to be about nothing but also about everything, which is fitting given the title is to burn some knowledge that you first read and never see again. It’s a film that might leave you scratching your head by the end but ultimately, that’s exactly what it wants to do and I for one thought it was all great.

I’ve mentioned this previously, but the Coen Brothers have basically put filmmaking down to a science. Apart from Hail Caesar! and The Lady Killers, they haven’t really done anything wrong and have continued to make fantastic films across a variety of themes. Which is more than likely why the story for Burn After Reading also works because it’s handled by two people who can seemingly take any subject matter and make it incredibly interesting. This is also due to the wonderful array of characters they’ve created in their filmography and in Burn After Reading, we get a huge number of them.

From Brad Pitt playing a highly enthusiastic fitness trainer, to John Malkovich as an ex-CIA agent, every character was a burst of energy on screen. And when you have an all-star cast at your disposal with additions like George Clooney, Frances McDormand, Tilda Swinton, Richard Jenkins, and J.K Simmons, I’m not surprised that these portrayals are coming to life so vividly. The actor-director relationship is working so well, which stems from the collaboration history for most of those names who have worked on many films directed by the Coen brothers.

This is going to be a fairly short review because just like the name Coen signals, you’re going to be getting some excellent filmmaking on display, but what I will add is that unlike some of the other more serious or tense films like No Country for Old Men, Burn After Reading lends itself to be very idiosyncratic. So much so that it isn’t as quirky as their other film The Big Lebowski, but more on the level where it stands out as being fresh in its own right.

There’s also a lot of different strands coming together with several subplots twinning in on themselves, almost akin to that of Alejandro Iñárritu’s Babel, but it’s much funnier than that. As I said earlier, Burn After Reading really does feel like a Seinfeld episode just in feature-length form because ultimately, it’s a story about nothing and everything at the same time. This is what makes it so unique and why it’s different compared to the Coen brother’s other films.

I’ll be recommending that you check this out since it’s also out on Netflix in Australia and the United States. If you haven’t heard of the Coen brothers and have been living under a rock, then do yourself a favor and fix that immediately. See it.

Have faith when I say the words, this film is incredibly moving.

But before you think of looking up anything about this movie, stop. I’ve even cut short the full title about this movie because it acts as a bit of a spoiler as this is one of those movies that will truly hit you the more you know nothing about it. Dear Zachary still holds for me the saddest movie that I have ever watched. I don’t tend to rewatch it but I can’t help recommending it. It’s one of the best documentaries that exists and its subject matter was delivered with such a gut-wrenching effect that it moved me. As much I hated feeling that melancholic, I love this film.

What works about Dear Zachary is the absolute attention to the human element it focuses on. The people you are introduced to all have very real emotions behind them and heartfelt reactions to what is depicted in the movie, which really made me connect with them. It was like I was there in the interview process with the director and I was being moved in real time with the person telling their story. That was the power of how engrossed I was with the subject matter and the focus on the lives of these people.

Technically, the film’s direction doesn’t do anything different to that of a standard documentary. But because the people the director has chosen to focus on have been expertly employed, it makes it a fascinating film. Everyone’s emotionally engaged with the subject matter and the stories they tell are stories that need to be told. Everything is just so powerfully resonant and lovingly done, which goes back to why I was moved so much by this film.

I also really enjoyed the way the film was edited because it added to the whole emotional journey I was on. I had no clue where it was going to go and I wasn’t prepared for the feels it gave me. There are many ways they could have edited this differently that wouldn’t be as suspenseful or as purposeful to the message it wants you to take away and I’m glad they didn’t do so. Because what it is left is the best version of the product and an incredibly moving masterpiece of a documentary.

Dear Zachary is thankfully out on Netflix in the United States but needs to be out in Australia soon, as it’s a movie that deserves more recognition than it’s getting. It’s by far the saddest film I’ve ever seen, and the most emotionally potent documentaries made. It won’t get you hot and bothered about a political issue or a multimillionaire dollar corporation. But it will make you cry. Watch it when you can and see it.